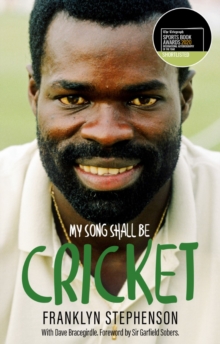 My Song Shall Be Cricket : The Autobiography of Franklyn Stephenson Paperback / softback

One of cricket's great characters, Franklyn Stephenson was branded a 'rebel' for touring in apartheid South Africa with a West Indian XI.

As a black sportsman, he knew his actions went against the wishes of the authorities and that there would be consequences, yet he overcame the character slurs and subsequent bans from both his beloved Barbados and the West Indian Test selectors.

Recognised as the first fast bowler to develop a cunning slower ball, Stephenson became one of the world's top all-rounders.

The beaming Barbadian achieved cricketing immortality in 1988 by completing the domestic Double of scoring 1,000 runs and taking 100 wickets during an English summer - a feat that is unlikely to be repeated.

Read about encounters, on and off the field, with household names such as Viv Richards, Andy Roberts, Clive Lloyd and Desmond Haynes - and a lifelong friendship with Sir Garfield Sobers.

From a childhood full of dramatic life experiences to the heights of one-day finals at Lord's, here is the story of an amiable cricketing giant. 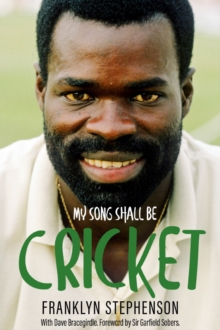 My Song Shall Be Cricket