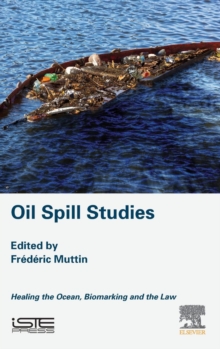 The containment of pollution by physical defenses is the first step in restoring the ocean to its natural state.

The first two chapters of Oil Spill Studies: Healing the Ocean, Biomarking and the Law describes the feedback on seven experiments made on the East Atlantic Ocean.

The first chapter concerns semi-open sites while the second focuses on open environment directly linked to the ocean.

The third chapter examines pollution from a French harbor marina and its effects on the local biodiversity.

The book provides a methodology to quantify biological contamination coming from heavy metal releases into the environment.

Chapter four provides the state-of-the-art in the science of a mid-depth-living fish species affected by the treatment of oil pollution by chemical dispersion.

In a similar way, the fifth chapter addresses new explored and exploited ocean with extreme environments such as the Arctic and deep sea.

The sixth and final chapter provides a lawyer's analysis on the subject.