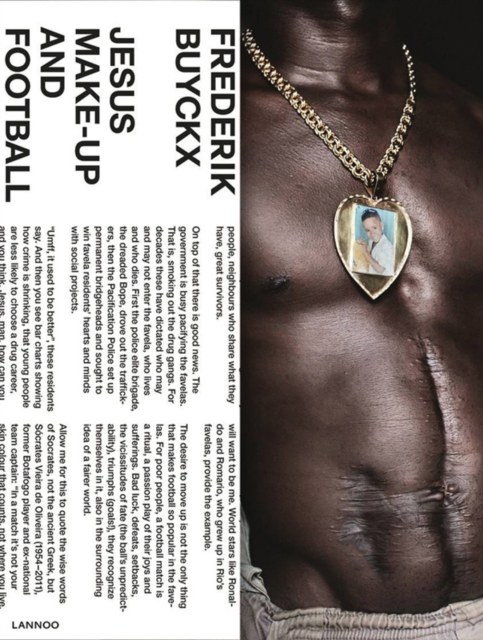 This book is all about the favelas or slums of Rio de Janeiro in Brazil where a fifth of Rio's six million inhabitants live in favelas: self-built, improvised and populous neighborhoods in which life can be rough. With the World Cup coming to Rio in 2014 and the Olympics in 2016, the city is determined to show itself to its best advantage.

The government is using the opportunity to clean up the slums and flush out the drug gangs. Frederik Buyckx rented a pied-terre for a few months in a favela and shared the inhabitants' daily lives.

Jesus, Make-up and Football are the photographic result of those months.