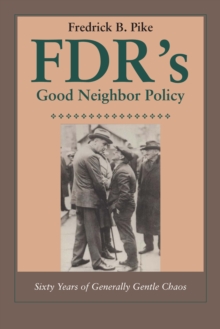 by Fredrick B. Pike

During the 1930s, the United States began to look more favorably on its southern neighbors.

Latin America offered expanded markets to an economy crippled by the Great Depression, while threats of war abroad nurtured in many Americans isolationist tendencies and a desire for improved hemispheric relations. One of these Americans was Franklin Delano Roosevelt, the primary author of America's Good Neighbor Policy.

In this thought-provoking book, Fredrick Pike takes a wide-ranging look at FDR's motives for pursuing the Good Neighbor Policy, at how he implemented it, and at how its themes have played out up to the mid-1990s. Pike's investigation goes far beyond standard studies of foreign and economic policy.

He explores how FDR's personality and Eleanor Roosevelt's social activism made them uniquely simpatico to Latin Americans.

He also demonstrates how Latin culture flowed north to influence U.S. literature, film, and opera. The book will be essential reading for everyone interested in hemispheric relations.

Also by Fredrick B. Pike 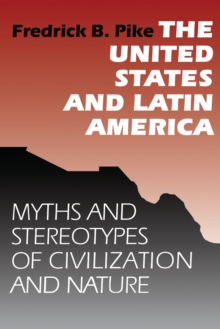