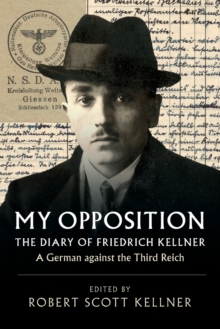 My Opposition : The Diary of Friedrich Kellner - A German against the Third Reich Paperback / softback

This is a truly unique account of Nazi Germany at war and of one man's struggle against totalitarianism.

A mid-level official in a provincial town, Friedrich Kellner kept a secret diary from 1939 to 1945, risking his life to record Germany's path to dictatorship and genocide, and to protest his countrymen's complicity in the regime's brutalities.

Just one month into the war he notes how soldiers on leave spoke openly about the extermination of the Jews and the murder of POWs, while he also documents the Gestapo's merciless rule at home from euthanasia campaigns against the handicapped and mentally ill to the execution of anyone found listening to foreign broadcasts.

This essential testimony of everyday life under the Third Reich is accompanied by a foreword by Alan Steinweis and the remarkable story of how the diary was brought to light by Robert Scott Kellner, Friedrich's grandson. 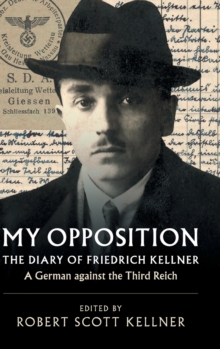