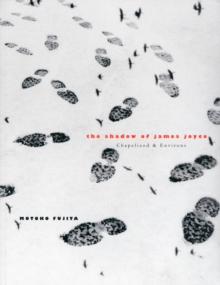 This is a homage to James Joyce, whose last great masterpiece Finnegans Wake had its locale in Chapelizod, where the river Liffey begins its last descent out to sea.

Contemporary Japanese photographer Motoko Fujita captures the spirit and body of this historic village on Dublin's fringes, and the enclosure of Phoenix Park that surrounds it.

In over sixty stunning black and white images, she walks the viewer through a townscape and landscape little changed in the seventy years since Joyce's death, commemorating as did he the essences of a natural world fixed in time.

The result is an immersive journey of recall and renewal.

Nine essay texts by Joyceans, local scholars and historians shadow and enlarge upon these original photographs.

Japanese professor Shigehisa Yoshizu concludes with a commentary on the Fujita photographs.