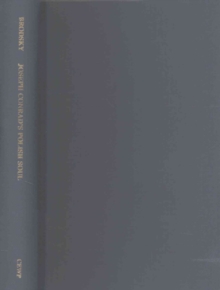 Joseph Conrad`s Polish Soul - Realms of Memory and Self Hardback

Born into a Polish szlachta (noble) family, the extraordinary modern novelist Joseph Conrad maintained, even in exile, strong ties to his Polish heritage and culture.

Yet the author earned renown by writing in English, often about nautical adventures in remote parts of the world.

He finds in Conrad's work a distinct Polonism that plays intriguingly with selfhood, freedom, and irony.

Despite the novelist's practical realism, Conrad was drawn to romance, orientalism, and the exotic.

Frequently sick, he nevertheless pursued a life at sea.

He despised adventurers, yet loved risk. An instinctive skepticism, conservatism, and nationalism complicated his liberalism and respect for humanity, and though he resigned himself to Poland's tragic destiny, Conrad refused to despair over the terribleness of his times.

In this incomparable study, Brodsky shows how these inherent aspects of Conrad's personality inform and guide his Polonism, along with the best attributes of his fiction. 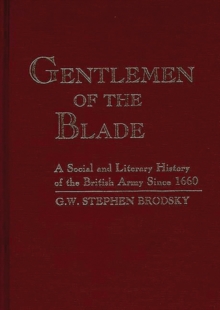 Gentlemen of the Blade