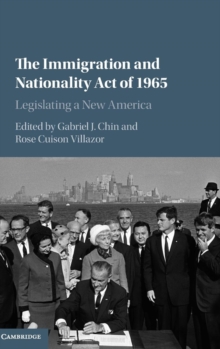 The Immigration and Nationality Act of 1965 : Legislating a New America Hardback

The Act's political, legal, and demographic impact continues to be felt, yet its legacy is controversial.

The 1965 Act was groundbreaking in eliminating the white America immigration policy in place since 1790, ending Asian exclusion, and limiting discrimination against Eastern European Catholics and Jews.

Drawing from studies in law, political science, anthropology, and economics, this book will be an essential tool for any scholar or student interested in immigration law.