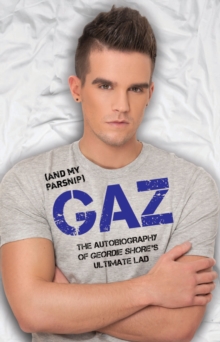 Gaz (And my Parsnip) : The Autobiography of Geordie Shore's Ultimate Lad Hardback

In 2011, loveable ladies magnet Gary Beadle was jobless and down to his last GBP20 when he was randomly asked to be in a reality TV show called Geordie Shore.

He'd never heard of its American predecessor, Jersey Shore, but with his only prospects being his next dole cheque - and swayed by the offer of free booze - he signed himself up for the challenge.

He could never have anticipated the insane new life he was about to lead.

From a shy youngster at school, who was the captain of his football team, Gary also never expected the effect he would have on the British public - especially its women.

After leaving school at 16, gary fell into a variety of jobs, even having a brief spell in the Royal Marines.

Unfortunately, nothing stuck and, by the time he reached 22, he hadn't a clue what to do next - until the night he was asked to join the cast of MTV's Geordie Shore.

Now, for the first time, Gary reveals what growing up in his native Newcastle was like, explains his winning luck with the ladies, and offers up his much sought after tips on how to bag a bird on a night out: something he's proved he's pretty much an expert at. From job-hunting to making public appearances in front of thousands of screaming girls, Gary is secretly amazed by the change in his fortunes.

He may be known for his crazy, fun-loving nature, but there's much more to Gary than girls, booze and nights out. And it's all packed into this - his autobiography. 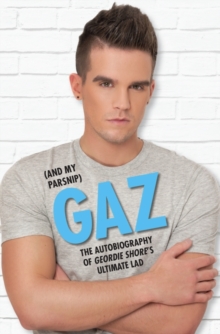 Gaz (And my Parsnip)