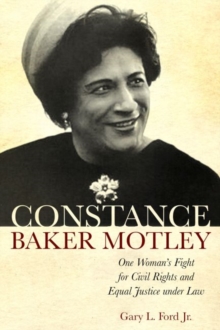 When the name Constance Baker Motley is mentioned, more often than not, the response is i?1/2Who was she?i?1/2 or i?1/2What did she do?i?1/2 The answer is multifaceted, complex, and inspiring.

Constance Baker Motley was an African American woman; the daughter of immigrants from Nevis, British West Indies; a wife; and a mother who became a pioneer and trailblazer in the legal profession.

She broke down barriers, overcame gender constraints, and operated outside the boundaries placed on black women by society and the civil rights movement.

The only female attorney at the NAACP Legal Defense and Educational Fund, Inc., Motley was also the only woman who argued desegregation cases in court during much of the civil rights movement.

From 1946 through 1964, she was a key litigator and legal strategist for landmark civil rights cases including the Montgomery Bus Boycott and represented Martin Luther King Jr. as well as other protesters arrested and jailed as a result of their participation in sit-ins, marches, and freedom rides.

Motley was a leader who exhibited a leadership style that reflected her personality traits, skills, and strengths.

She was a visionary who formed alliances and inspired local counsel to work with her to achieve the goals of the civil rights movement.

As a leader and agent of change, she was committed to the cause of justice and she performed important work in the trenches in the South and behind the scene in courts that helped make the civil rights movement successful. 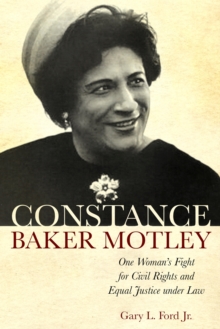