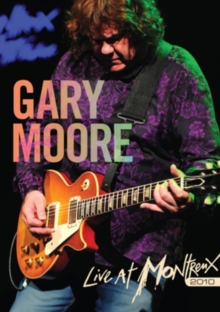 Raised in Belfast, Moore began playing the guitar at an early age and jammed as a teen with Phil Lynott and Brian Downey, leading him to assume membership of the pair's band, Thin Lizzy, on no less than three occasions.

Moore is arguably better known for his solo work, however.

After a long career producing blues music, it was rumoured that he planned on returning to his rock roots for his next album.

Unhappily, Moore died in 2011, before it could be completed.

The performance at Montreux was the last of his gigs to be filmed and finds the guitarist playing a blend of rock and blues classics from his long career.