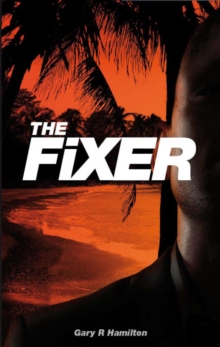 A diamond-smuggling plane en route to Miami is blown off course by a hurricane and crashes in the Jamaican BlueMountains.

The crew dies, and a small team of smugglers sets out for Jamaica with the cryptographic keys needed to open the state-of-the-art digital safes on the plane.

In an 'it seemed like a good idea at the time' moment, theteam leader gives teenager Janet Martin the bag with the keys to carry through Miami International Airport securityin the hope of avoiding suspicion. After passing through security, Janet is attracted to the desk by an offer of free tickets to anywhere in the worldin exchange for her seat on her overbooked flight to Jamaica.

Excited, she accepts the offer and leaves the airport for a hotel, still carrying the smuggler's bag.

The next morning she catches her new flight but in her haste leaves the bag at the hotel.

The smugglers then spend the next three months searching for Janet.

The teenager is kidnapped from a Jamaican hotel, leaving her parents frantic with worry.

With nowhere else to go and no-one else to ask, the Martins turn to The Fixer for help... The Fixer is a work of crime fiction that will be enjoyed by fans of James Patterson, Jeffrey Archer and Michael Crichton.