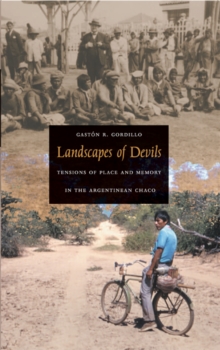 Landscapes of Devils : Tensions of Place and Memory in the Argentinean Chaco Hardback

Landscapes of Devils is a rich, historically grounded ethnography of the western Toba, an indigenous people in northern Argentina's Gran Chaco region.

In the early twentieth century, the Toba were defeated by the Argentinean army, incorporated into the seasonal labor force of distant sugar plantations, and proselytized by British Anglicans.

Gaston R. Gordillo reveals how the Toba's memory of these processes is embedded in their experience of "the bush" that dominates the Chaco landscape.

As Gordillo explains, the bush is the result of social, cultural, and political processes that intertwine this place with other geographies.

Labor exploitation, state violence, encroachment by settlers, and the demands of Anglican missionaries all transformed this land.

The Toba's lives have been torn between alienating work in sugar plantations and relative freedom in the bush, between moments of domination and autonomy, abundance and poverty, terror and healing.

Part of this contradictory experience is culturally expressed in devils, evil spirits that acquire different features in different places.

The devils are sources of death and disease in the plantations, but in the bush they are entities that connect with humans as providers of bush food and healing power.

Enacted through memory, the experiences of the Toba have produced a tense and shifting geography.

Combining extensive fieldwork conducted over a decade, historical research, and critical theory, Gordillo offers a nuanced analysis of the Toba's social memory and a powerful argument that geographic places are not only objective entities but also the subjective outcome of historical forces. 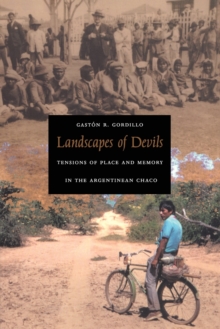 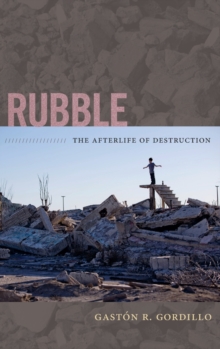 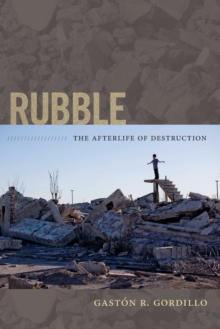