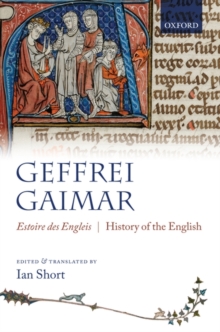 It was written in Lincolnshire c.1136-37 and is, in large part, an Anglo-Norman verse adaptation of the Anglo-Saxon Chronicle.

Its narrative covers the period from the sixth century until the death of the Conqueror's son William Rufus in 1100. This is an important text in historiographic terms, less as an historical source than as an early example of informative literature written in a secular perspective for a predominantly baronial audience.

It illustrates the multilingualism and multiculturalism of twelfth-century Anglo-Norman Britain, and shows the descendants of the Norman conquerors seeking to integrate themselves culturally into their adoptive homeland during the 1130s.

It also ranks among the earliest extant witnesses of therise of courtly literature in French, and of named female literary patronage.

This edition offers a critical text of one of the chronicle's four extant manuscripts.

There is an introduction placing the poem in its social and literary contexts, followed by the medieval text, edited according to critical interventionist principles and comprising 6532 rhyming octosyllables.

A facing modern English prose translation, the first concern of which is accuracy, aims also to convey the tone and style of the original rather than provide a strictly literal rendering of it.

Theextensive explanatory notes to the text are followed by a bibliography and a complete index of place and personal names. 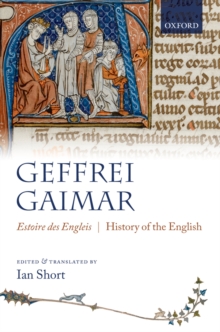