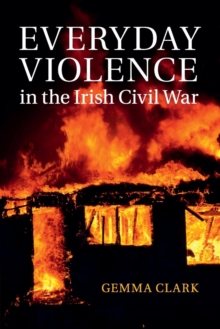 Drawing from victim accounts of wartime injury as recorded in compensation claims, Dr Gemma Clark sheds new light on hundreds of previously neglected episodes of violence and intimidation - ranging from arson, boycott and animal maiming to assault, murder and sexual violence - that transpired amongst soldiers, civilians and revolutionaries throughout the period of conflict.

The author shows us how these micro-level acts, particularly in the counties of Limerick, Tipperary and Waterford, served as an attempt to persecute and purge religious and political minorities, and to force redistribution of land.

Clark also assesses the international significance of the war, comparing the cruel yet arguably restrained violence that occurred in Ireland with the brutality unleashed in other European conflict zones.