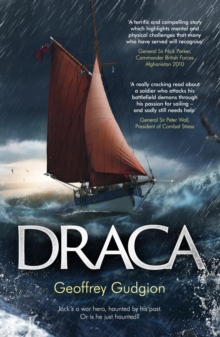 'A terrific and compelling story which highlights mental and physical challenges that many who have served will recognise.'General Sir Nick Parker, Commander British Forces Afghanistan 2010

Eddie leaves Draca to his grandson Jack, a legacy that's the final wedge between Jack and his father. Yet for Jack, the old boat is a lifeline. Medically discharged from the Marines, with his marriage on the rocks, the damaged veteran finds new purpose; Draca will sail again. Wonderful therapy for a wounded hero, people say.

Young Georgia 'George' Fenton, who runs the boatyard, has doubts. She saw changes in Old Eddie that were more sinister even than cancer. And by the time Draca tastes the sea again, the man she dares to love is going the same way. To George, Jack's 'purpose' has become 'possession'; the boat owns the man and her flawed hero is on a mission to self-destruct. As his controlling and disinherited father pushes him closer to the edge, she gives all she has to hold him back.

And between them all, there's an old boat with dark secrets, and perhaps a mind of its own. 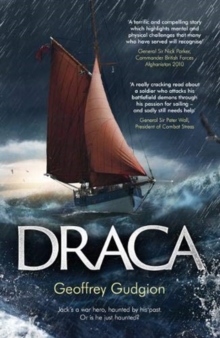