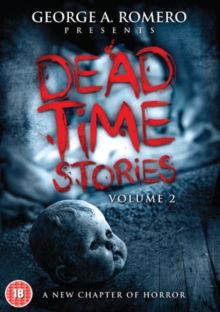 Horror maestro George A. Romero presents three more chilling tales. In 'The Gorge', three friends are forced to resort to desperate measures when a sudden avalanche leaves them trapped inside a cave while out walking.

In 'On Sabbath Hill', a female student who has been having an affair with her college professor commits suicide after discovering she is pregnant, and comes back to haunt the man who broke her heart.

In 'Dust', a NASA scientist discovers that dust from Mars might have the ability to cure cancer.

When a security guard working at the facility steals a sample to administer to his terminally ill wife, the dust turns out to have unexpected effects.