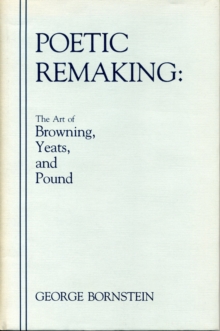 Poetic Remaking : The Art of Browning, Yeats, and Pound EPUB

This volume offers a coherent view of post-romantic poetic development through selective examples both of individual poems and of poetic influence. Bornstein focuses most centrally on Browning in the Victorian period and Yeats and Pound in the Modern, but also looks more briefly at works by Wordsworth, Coleridge, Keats, Shelley, Arnold, Tennyson, and Eliot. The introductory manifesto, Four Gaps in Postromantic Influence Study, posits four new orientations for such work: taking the volume (rather than the individual poem) as a unit; stressing more centrally the Victorian mediation between Romantic and Modern; allowing for national differences among English, Irish, and American traditions; and basing influence studies as much on manuscript materials as on finished products. Each of the following chapters follows one or more of those orientations.

The second group of four chapters, Remaking Poets, stresses the dynamics of literary influence by which poets turn their forerunners into figures helpful to their own development. The first three examine Yeats's encounter with Dante, Spenser, Browning, and Tennyson, respectively; the fourth treats Pound's remaking of the poet he called his poetic father, Browning, in a way that suggests the limits of anxiety models of poetic influence.

For this volume Professor Bornstein has revised and expanded a select group of his recent essays and added a new one, on the Greater Victorian Lyric. 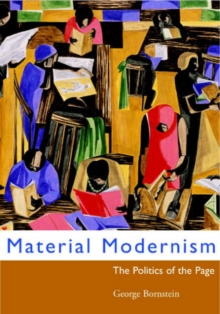 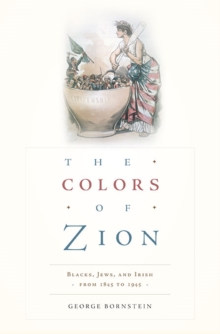 The Colors of Zion