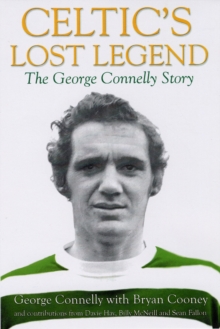 George Connelly was hailed as the greatest Scottish talent of his generation.

He made 254 appearances for Celtic and played in the Scotland team that qualified for the 1974 World Cup Finals but, at the age of just twenty-six he walked away from football and a glittering career.

Connelly has never revealed the truth about what happened.

Until now.In "Celtic's Lost Legend", George Connelly tells the incredible inside story of his life and career for the first time.

From his early appearances for Celtic in 1968, he soon showed that he possessed a very rare talent.

He moved round the pitch with the authority of Franz Beckenbauer, could pass long or short with unerring accuracy, could entertain crowds with his keepie-uppie skills and seemed to have the world at his feet.

Celtic were rebuilding after the Lisbon Lions and Connelly was the cornerstone of the new plan.But, as Celtic and Scotland looked forward to a successful new era, the demons in George Connelly's head were starting to persecute him. And, behind the laid-back exterior, the man himself was starting to fall apart. In "Celtic's Lost Legend", George Connelly tells the full story of why he walked away from his dreams and from the team he loved and finally answers the question that has intrigued football fans for thirty years.

Whatever became of George Connelly? 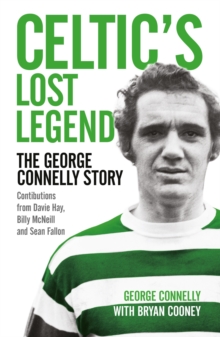