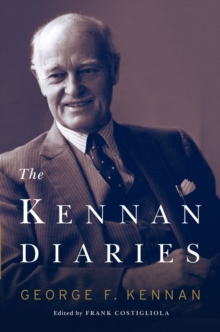 On a hot July afternoon in 1953, George F. Kennan descended the steps of the State Department building as a newly retired man.

His career had been tumultuous: early postings in eastern Europe followed by Berlin in 1940-41 and Moscow in the last year of World War II.

In 1946, the forty-two-year-old Kennan authored the "Long Telegram," a 5,500-word indictment of the Kremlin that became mandatory reading in Washington.

A year later, in an article in Foreign Affairs, he outlined "containment," America's guiding strategy in the Cold War.

Yet what should have been the pinnacle of his career-an ambassadorship in Moscow in 1952-was sabotaged by Kennan himself, deeply frustrated at his failure to ease the Cold War that he had helped launch.

Yet, if it wasn't the pinnacle, neither was it the capstone; over the next fifty years, Kennan would become the most respected foreign policy thinker of the twentieth century, giving influential lectures, advising presidents, and authoring twenty books, winning two Pulitzer prizes and two National Book awards in the process. Through it all, Kennan kept a diary. Spanning a staggering eighty-eight years and totaling over 8,000 pages, his journals brim with keen political and moral insights, philosophical ruminations, poetry, and vivid descriptions.

In these pages, we see Kennan rambling through 1920s Europe as a college student, despairing for capitalism in the midst of the Depression, agonizing over the dilemmas of sex and marriage, becoming enchanted and then horrified by Soviet Russia, and developing into America's foremost Soviet analyst.

But it is the second half of this near-century-long record-the blossoming of Kennan the gifted author, wise counselor, and biting critic of the Vietnam and Iraq wars-that showcases this remarkable man at the height of his singular analytic and expressive powers, before giving way, heartbreakingly, to some of his most human moments, as his energy, memory, and finally his ability to write fade away. Masterfully selected and annotated by historian Frank Costigliola, the result is a landmark work of profound intellectual and emotional power.

These diaries tell the complete narrative of Kennan's life in his own intimate and unflinching words and, through him, the arc of world events in the twentieth century. 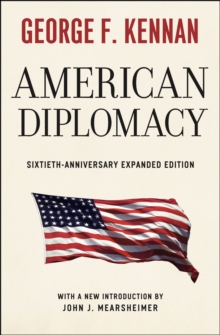 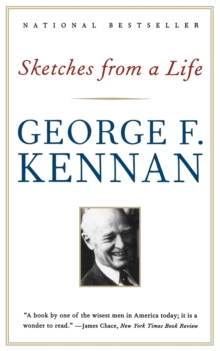 Sketches from a Life 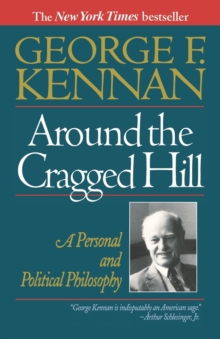 Around the Cragged Hill 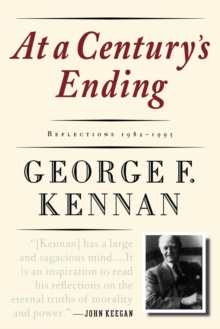 At a Century's Ending