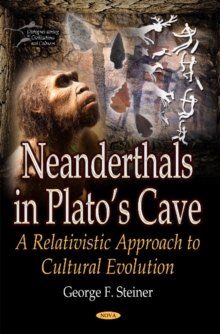 Dual inheritance theory (DIT) recognises the fact that for the last 50 millennia cultural evolution has had a marked impact on our anatomy, behaviour and cognition.

Unfortunately, by considering cumulative cultural evolution as the natural choice of all cognitively modern humans, DIT implies that technological innovation is the index of progress, and that the ratcheting of innovations becomes the goal of cultural evolution.

This is accomplished by developing a certain degree of social complexity in which the biased copying of cultural models becomes a technique of cultural transmission.

Small and isolated populations are therefore doomed, and the treadmill model takes effect, in which the lack of demographic strength results in impaired social learning and loss/infidelity in copying.

However, the anthropological literature documents small and isolated groups that have -- despite these handicaps -- developed intricate exchange networks that do not necessarily rely on technological innovation and function only in low demographical settings.

Not only that the parameters upon which cultural transmission is based in DIT -- prestige, skills, success -- are unknown, but certain levelling mechanisms ensure that these parameters become eliminated and thus, no cultural models can rise to prominence.

Interestingly, these societies do not seem to be plagued by cultural loss and, instead of hopelessly running the treadmill and living in poverty, they have developed egalitarian and, to an extent, affluent societies.

The cultural evolution of these groups does not rely on accumulation, but rather on reduction.

The reductive cultural orientations of such primitive societies are not an ancestral developmental stage, but rather an independent achievement.

Populations following a reductive cultural orientation -- known in anthropology as immediate-return hunters-gatherers -- are often described as paedomorphic, due to their markedly neotenous features.

On the other hand, populations that follow a cumulative type of cultural evolution are surprisingly rugged phenotypes.

In the case of the latter, a cultural leap occurred during the Middle/Upper Paleolithic transition, which resulted in the entrenchment of archaic behavioural traits upon which hierarchical societies became established.

Conversely, in the case of reductive orientations, a cultural regression seems to have occurred, but only during the early Holocene.

The adoption of a cultural primitivism -- immediate-return subsistence -- offered a degree of flexibility that allowed for a neotenic leap.

This enabled the reduction of archaic behavioural traits and the emergence of egalitarian societies.