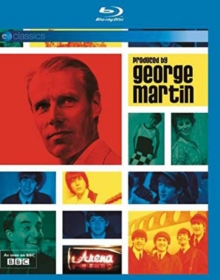 An in-depth profile of the life and work of the Beatles' legendary record producer.

In addition to documenting his childhood and his early years working as a producer of comedy records and orchestral music for EMI/Parlophone, the film explores his working relationship with the 'fab four' and features interviews with a host of artists he has produced over the years, including Sir Paul McCartney, Ringo Starr, Cilla Black, Jeff Beck, Michael Palin and Bernard Cribbins.