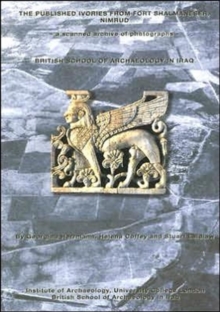 Nimrud is an exceptionally generous site, and has richly rewarded those that work there.

It was first famous for the Assyrian bas reliefs found by the 19th century archaeologist, Austen Henry Layard, but is also famous for the thousands of ivories found during the 19th and 20th centuries.

The ivories were mostly imported from the Levantine kingdoms to the west, either as tribute or booty, although there were some in the distinctive local Assyrian style.

They were used to embellish furniture, as well as small objects, and are carved in a great variety of styles, but interestingly with a relatively limited repertoire of subjects.

Their time of manufacture probably dates to the early centuries of the first millennium BCE, although their archaeological context is dated by the fall of the Assyrian empire in 614-612 BCE.

This publication is a supplement to the volumes already published, which catalogue the ivories, and instead presents scans from the original photographs, where possible, of the ivories from Fort Shalmaneser, which have been published in the first five volumes, so that scholars can select and rearrange ivories as appropriate.

In this way, the next generation of work involving deeper stylistic and analytic studies by a range of scholars asking different questions may be undertaken. 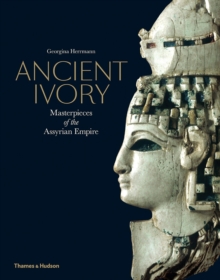