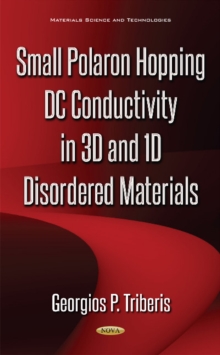 The percolation theory bridges smoothly the gap between the "microscopic" mechanisms responsible for the small polaron site-to-site transport, and the calculation of the "macroscopic" DC electrical conductivity, ignoring and taking into account correlations.

Analytical expressions for the dc electrical conductivity are produced, in 3D and 1D disordered materials, under the influence of an electric field and the temperature.

The interplay of these two stimuli is discussed, for the high and low-temperature small polaron hopping regime, and a wide range of electric field values.

The effect of energy dependent densities of states is also presented.

Taking into account the directionality imposed by the electric field on the transport path of the small polaron, an extensive study is presented concerning the effect of the magnitude of the density of states and the extent of the electronic wave function upon the calculated dc conductivity of 1D disordered materials.

The validity and the significance of the theoretical expressions produced, are systematically tested, interpreting experimental data reported, concerning the behaviour of the DC electrical conductivity of various 3D and 1D disordered materials.

The results are extensively discussed, revealing, among others, the importance of correlations.

Comparison is also made with other theories. The book aims to be used by the Condensed Matter Physics theoreticians and the experimentalists, as a road map to find their way travelling across the complex paths of small polaron transport in 3D or 1D disordered materials, studying their dc electrical conductivity.

Parts of it could also be used in a postgraduate course on transport and percolation theory. 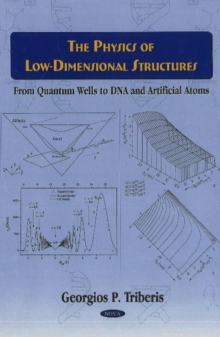 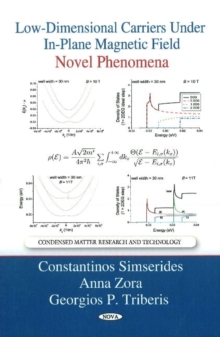