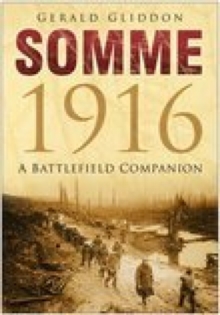 Since its first publication in 1987, to great critical acclaim, Gerald Gliddon's topographical survey of the Somme battlefield has become a classic reference work for all those with an interest in this most horrific of First World War battles, which resulted in over a million casualties.

Set out topographically, it covers everything from the famous battle sites such as High Wood and Mametz Wood to obscure villages on the outlying flanks.

The British first began to take the Somme sector over from the French Army in June 1915.

From this time onwards, they built up a very close bond with the local population, many of whom continued to live in local villages close to the front line.

The author draws on the latest research and analysis, as well as the testimony of those who took part, to present all aspects of a battle that was to become a symbol of the horrors of the Great War.

As well as a new section of contemporary illustrations, the author has also included a full history of the cemeteries and memorials and the stories of all the senior officers to fall, the winners of the Victoria Cross and those who were 'shot at dawn'. In addition, Somme 'personalities' such as George Butterworth are covered in far greater detail than before. 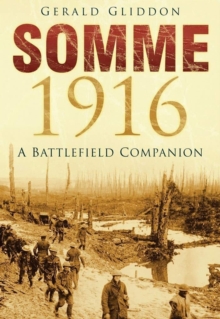