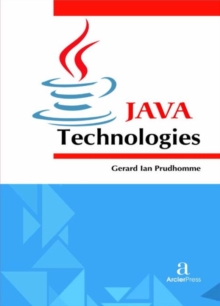 Java is a programming language designed by Sun Microsystems.

A tiny staff of designers, referred to as the Green Team, started the language in 1991.

Java was formerly referred to as OAK, was made for hand held products and set-top display boxes.

OAK was failing, as a result in 1995 Sun altered the designation to Java and customized the language to reap the benefits of the rapidly expanding Internet.

The Java syntax resembles C++, yet is based on fully object-oriented programming. The Java API, incorporated with the JDK, talks about the function of each one of its elements.

For instance, nearly all Java methods have classes, that happen to be determine objects, as well as methods, that are allotted to individual classes.

In Java programming, some of these elements are pre-created as well as frequently used.

Hence, the computer programmer has the capacity to use code through the Java API.

Java is furthermore widely known for being much more rigid as compared to C++.

That means functions, as well as variables, need to be clearly identified.

Chapter 3 scrutinizes software for photo as well as signal assessment in Java.

Chapter 4 features self-contained quantification computer software created utilizing the JAVA software language, which means that it is lightweight as well as platform-free.

Chapter 8 probes signalling network construction. Chapter 9 evaluates software for RNA-seq analysis. Chapter 10 figures out an easy to use graphical software for the hierarchical vision of LD in simple human populations.

Chapter 13 views a system with a distinctive layout, which merges gene-centric analysis.

Chapter 14 features a convenient to use piece of equipment for deploying to Hadoop.

Chapter 15 features an online hosting server that allows for the distributing of annotations.

Chapter 17 provides a manual on software program licensing for scientist-programmers.