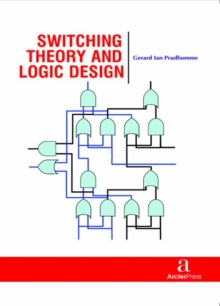 Switching circuit theory is the analytical investigation of the attributes of systems.

Boolean logic is broken down into combinational logic, together with sequential logic.

In electronic components, a logic gate is an idealized, or, alternatively, an actual apparatus, employing Boolean functionality.

It carries out a rational procedure upon inputs. Sequential logic is a type of Boolean logic, in which the performance is a product of both the present inputs together with past information.

Combinational logic circuits, on the other hand, rely only on current input.

These functions are unable to rely on overall parameters, or other supplementary factors, such as memory.

Combinational logic is utilized to carry out Boolean procedures on binary access messages together with binary information.

Both styles of logic are often used to implement various electronic components presently utilized. Combinational Logic Circuits are produced up from straightforward logic NOT, NAND, or NOR gates, which have been joined together with each other to come up with more advanced switching circuits.

Due to the fact that combinational logic circuits are produced exclusively from independent logic gates, they are able to, at the same time, be regarded as a form of circuit which produces decisions.

Therefore, combinational logic ultimately concerns itself with bringing together multiple logic gates alongside one another, to handle multiple messages, and enables them to manufacture one or more end result signals in accordance with the rational functionality of the logic gates.