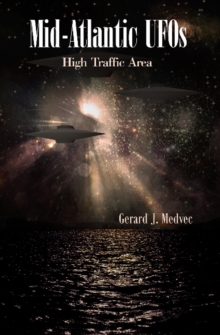 During a one-year period, as reported from only two of the many info-gathering organizations, there were 1,729 UFO sightings for the U.S.

Mid-Atlantic region. This averaged 144 per month or roughly 5 per day-and these are just those reported.

Watch a glowing red sphere rise out of Delaware Bay that is as big as a house!

Observe a hypnotized session as a man first learns that he has been visited/abducted by "greys" since he was five, and witness a never-before-reported blue-green alien mist terrorizing young men at their campsite!