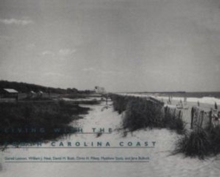 Part of the Living with the Shore series

Living with the South Carolina Coast is the latest volume in the Living with the Shore series that comprehensively investigates the status of a specific state's coastal region.

Completely revising a previously published work in the series that dealt with South Carolina, this book not only brings up-to-date a wealth of information on migrating shorelines, selection of building sites, and pertinent regulations, but also reflects an expanded concept of the coast to include a broad range of coastal hazards. Powerful storms have always played a major role in coastal processes in South Carolina, and the effects of Hurricane Hugo, the storm that ravaged the area in 1989, are thoroughly discussed.

A series of Coastal Risk Maps are also included. These maps, graphically depicting areas of predictable erosion and storm damage potential, have been provided for every developed beach or barrier island in the state.

Beyond the threat of hurricanes and coastal erosion, South Carolina, home of the Charleston Seismic Region, is also at risk for earthquakes.

An entire chapter is devoted to earthquake-resistant construction, and the great Charleston earthquake of 1886 is examined in detail.

Fires and floods are discussed. The Beachfront Management Act of 1990-the first state legislation of its kind that provides a system for dealing with migrating shorelines while preserving beaches for future generations-is also explained. Covering everything from a history of the development of South Carolina's coast to recommendations on how to select an island homesite, this book will be a resource to professional coastal planners and managers, residents, prospective homeowners, and naturalists. 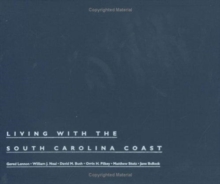 Living with the South Carolina Coast

Also in the Living with the Shore series   |  View all

Living with the Alabama/Mississippi...

Living with the Alabama/Mississippi...