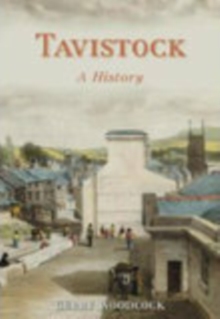 A fair amount has been written over the years on aspects of the history of Tavistock, much of it in recent times by Gerry Woodcock.

There has, however, never been a single-volume general history of the town.

This book fills the gap. It therefore represents a first for both subject and author. Tavistock has cast its spell over generations of visitors.

One of its attractions is its setting between two significant natural barriers, the River Tamar to the west and Dartmoor to the east.

Residents and visitors today would still recognise the truth of what one impressed tourist wrote in 1892: 'The town has a leisurely and beautiful appearance, and the people do not seem to need to kill themselves and slay each other in the mad rush of life which spoils so many other towns.' But being relaxed is not the same as being sleepy.

The economic and social life of the town has, at each stage of its development, been dynamic.

The designation 'Ancient Stannary Town' on the welcoming road signs, for example, is a reminder of the long association with the tin industry, and the oft-quoted description 'The Gothic town of the West' brings to mind the great age of copper mining and the changes to the town-centre that accompanied it. In one particular respect the town's development has been distinctive, the first thousand years being dominated by two long periods of patronage, by the Abbots of Tavistock Abbey from 976 to 1539, and by the Earls, later Dukes, of Bedford from 1539 to 1911.

Within the terms of these relationships the town has encountered the kind of problems, tensions, achievements, disasters and victories that have punctuated the lives of all communities.

History forges communities on the anvil of shared experience and Tavistock is, above all, a community.

This fully illustrated account brings the modern resident and visitor face-to-face with the factors that have influenced the development of this unique and quite fascinating corner of Devon. 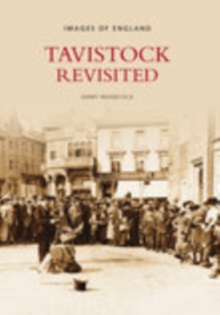 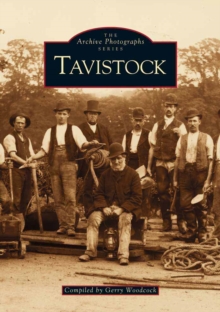