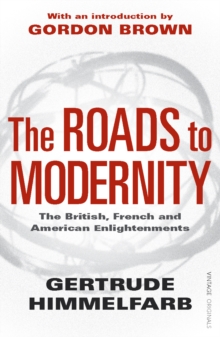 The Roads to Modernity : The British, French and American Enlightenments Paperback / softback

Gertrude Himmelfarb's elegant and wonderfully readable work, The Roads to Modernity, reclaims the Enlightenment from historians who have downgraded its importance and from scholars who have given preeminence to the Enlightenment in France over concurrent movements in England and in America. Himmerlfarb demonstrates the primacy and wisdom of the British, exemplified in such thinkers as Adam Smith, David Hume, and Edmund Burke, as well as the unique and enduring contributions of the American Founders.

It is their Enlightenments, she argues, that created a social ethic - humane, compassionate and realistic - that still resonates strongly today.

Also by Gertrude Himmelfarb   |  View all 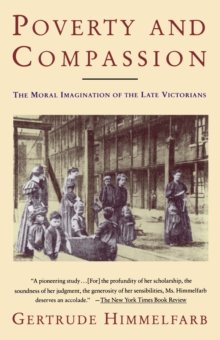 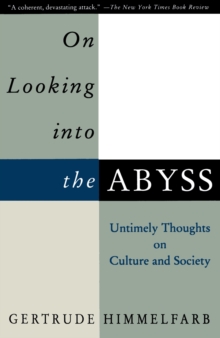 On Looking Into the Abyss 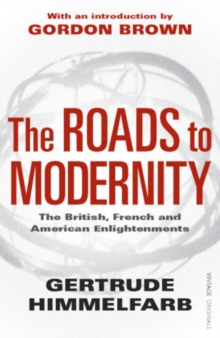 The Roads to Modernity 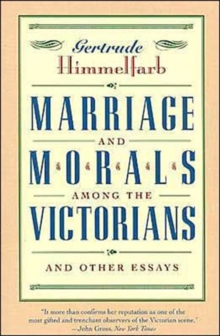 Marriage and Morals Among the Victorians