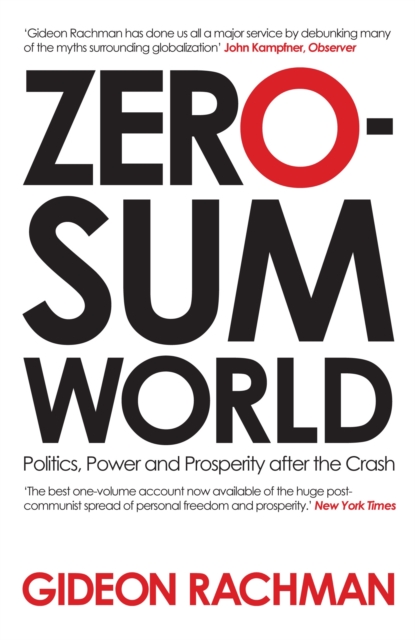 The economic crisis that struck the world in 2008 has drastically altered the logic of international relations.

Globalisation no longer benefits all the world's superpowers and they face an array of global problems that are causing division between nations.

A win-win world is giving way to a zero-sum world. Zero-sum logic, in which one country's gain looks like another's loss, has prevented the world from reaching an agreement to fight climate change and threatens to create a global economic stalemate.

These new tensions are intensified by the emergence of dangerous political and economic problems that risk provoking wars, environmental catastrophe and ever-deeper debilitating economic crises. This timely and important book argues that international politics is about become much more volatile - and sets out what can be done to break away from the crippling logic of a zero-sum world.