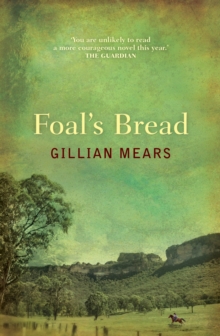 Set in hardscrabble farming country around the show jumping circuit that flourished in Australia prior to the Second World War, Foal's Bread tells the story of two generations of the Nancarrow family and their fortunes as dictated by the vicissitudes of the land. When Noah Childs meets Roley Nancarrow at a country show, a union is forged which will last the length of their lives.

Their love finds its greatest expression in their lucky charm, a heart-shaped foal's bread which hangs from a string in their doorway, reminding them to 'hope on, hope ever.' Their story is one of impossible beauty and sadness, a chronicle of dreams turned inside out and miracles that never last, framed against a world both tender and unspeakably hard. Written in luminous prose and with an aching affinity for the landscape the book describes, Foal's Bread is the work of a born writer at the height of her considerable powers.