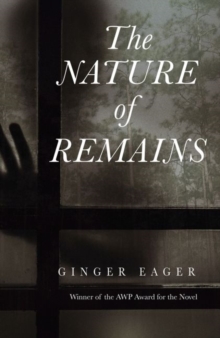 The Nature of Remains Paperback / softback

In the tiny town of Flyshoals, Georgia, karma is writ small enough to witness.

When Doreen Swilley discovers that her boss, who is also her lover, intends to fire her in order to placate his dying wife, she devises a plan to steal his business from him.

Her plan just might work too, if she is not thwarted by a small town's enmeshed histories and her own dark secrets. Set during the 2009 recession, TheNature of Remains rests at the intersection of class, gender, education and place.

Through extended geological metaphor, we witness the orogeny, crystallization, and weathering of the human soul.

The forces impacting Doreen reflect how even a woman's most precious connections--her children, her grandchildren, her lover--operate within larger social structures that challenge her sovereignty.