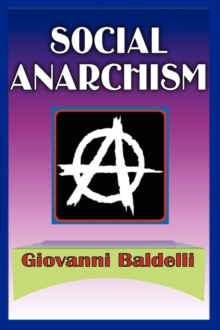 This volume, originally published in 1972, remains a major contribution to anarchist literature.

It is one man's vision of an anarchist society based on ethical values-without laws, without political authority, and without concentrations of power.

An active anarchist since youth and a contributor to anarchist journals for many years, Giovanni Baldelli lived anarchism from within the anarchist movement and the ethical community that the movement aspires to be.

In this book he clearly sets forth the anarchist's alternatives to government- viable principles of organization for an ethical society. The revival of anarchist movements is here viewed as stemming from extreme centralization of governmental authority and stringent political collectivism-communist or democratic-that is incompatible with personal freedom, economic justice, ethical society, and possibly with continued human existence.

Baldelli also shows how anarchist movements, aimed at the abolition of government and the initiation of a reign of freedom and voluntary cooperation, have seriously threatened institutions of government, violence, oppression, and exploitation throughout the world. Social Anarchism is one anarchist's outlook. While offering solutions to difficulties in traditional anarchist thought, Baldelli differs from many other anarchists on certain issues-especially with regard to economic theory.

He also advances a new theory of value, reexamines the concept of authority and contrasts it with that of power, and provides answers to the question of how to oppose power effectively without perpetuating it.

Throughout the book, Baldelli underscores his contention that many paths can lead to an anarchist society and that the respect of those who choose one way versus those who choose another is already anarchism put into practice. 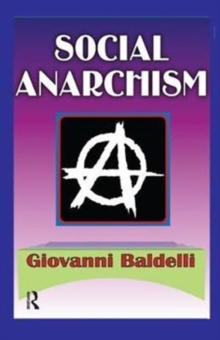