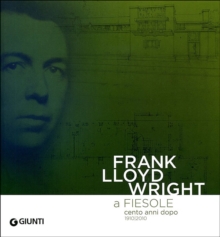 Frank Lloyd Wright (1867-1959) is considered by many to be one of the 20th century's finest and most prolific architects - in fact, in 1991 the American Institute of Architects named him as 'the greatest American architect of all time.' In 1910, after continued controversy surrounding his personal life and his relationship with Bothwick Cheney, Wright moved to Europe for a year, settling in the town of Fiesole, near Florence.

During his time in Fiesole, Wright published one of his most important works, Studies and Executed Buildings, which brought his work to the attention of European architects and designers such as Mies van der Rohe, and created numerous designs which took his work in new directions.

This superbly illustrated volume presents readers a stunning showcase of Wright's work from his European visit, including plans for a villa in Fiesole that was, sadly, never built.