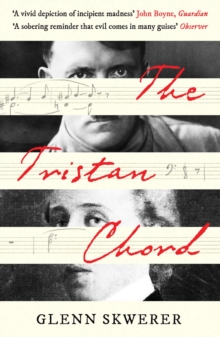 The reason: he is der Hitlerjugendfreund - `The Friend of the Fuhrer's Youth'. Linz, 1905: An upholstery apprentice by day and fledgling violist by night, Eugen meets fifteen-year-old Adolf Hitler at the local opera, and for the next four years they see each other almost daily.

Eugen is captivated but also troubled by Hitler: his almost complete isolation, his morbid preoccupation with his dead father, and his obsession with a young woman to whom he has never said a word. They move together to Vienna - Adolf to study art; Eugen to study music - but as Adolf's money runs low, he becomes increasingly drawn to the racist gutter press of Vienna, and so to hatred: of women, of sex, of all things sensual.

When Eugen begins a relationship with the Jewish mother of one of his piano students, it is only a matter of time before their suppressed conflict will ignite. Now, with the Third Reich in ashes, Eugen sits in a barren room writing his memoir.

In a voice by turns intelligent, sceptical, pained, nostalgic and appalled, he tries to come to terms with the course of his own life and with the unfathomable criminality of his boyhood friend - his Hitler.