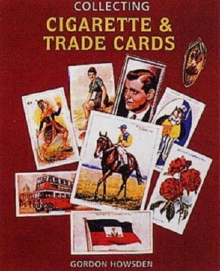 Contains facts on the companies and artists that produced cigarette and trade cards, providing a valuable source of reference for the novice and experienced collector alike.

This guide traces the history of the cards from their 19th-century beginnings to the mid-1930s.

By the mid-1930s, cigarette card collecting was a national craze, with hundreds of millions of cards being produced annually by the tobacco companies and a wide variety of other trade houses.

The last ten years has seen a considerable resurgence of interest in these cards, and many new series are now being produced to satisfy a new wave of collectors.