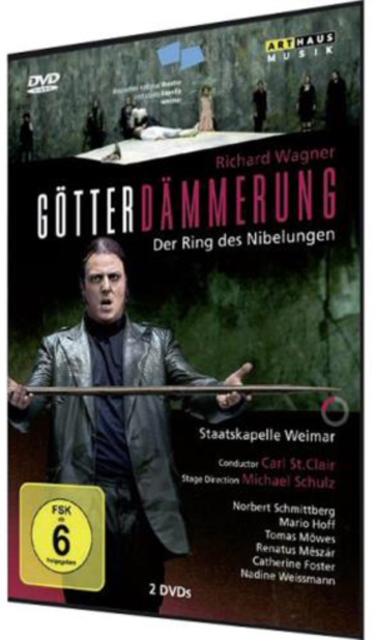 The fourth and final part of Richard Wagner's epic cycle, 'Der Ring des Nibelungen' in which the treachery and betrayal which leads to Siegfried's death also heralds the downfall of the gods and the return of the gold to the Rhine.

This production features the Staatskapelle Weimar, conducted by Carl St.