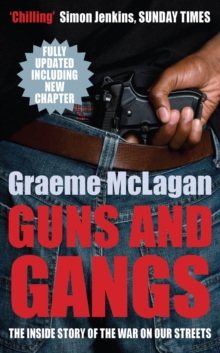 An unprecedented investigation into the shocking realities of gun crime on Britain's streets, "Guns and Gangs" lifts the lid on a hugely important modern-day problem - an expensive problem both in terms of money and young lives.

After terrorism, the single greatest worry for law enforcement agencies is gun crime, and in particular 'black on black' shootings.

McLagan has had exclusive access to police files and case histories.

Alongside his findings from these records are interviews with police officers, victims and their families, witnesses, lawyers and perpetrators of gun crime.

The result is a unique, fascinating and horrifying expose of the disturbing truth behind this plague on our streets.