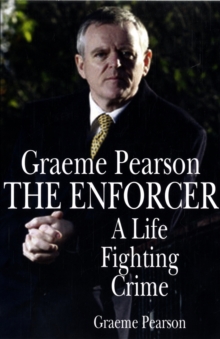 Graeme Pearson is one of the UK's most outspoken and respected senior police officers.

In a career spanning forty years he crossed swords with some of the UK's most fearsome and brutal gangsters as he rose from the ranks to lead the fight against serious organised crime as head of the Scottish Crime and Drug Enforcement Agency.In "The Enforcer - a Life Fighting Crime", Graeme Pearson now tells the inside story of the fight against some of the most notorious criminals operating in Britain.

He reveals why he bought antique silver from Glasgow Godfather Arthur Thompson, what Scotland's most notorious killer Robert Mone confided in him and charts the rise of organised crime in Scotland with the XYY mob, the Chinese Triad extortion group, the UVF and the highly organised drug gangs of the 21st century."The Enforcer" is also the very personal tale of his family's battle to survive in the hard-drinking culture of working class Glasgow in the 1950s and how this shaped one of our top cops. The lessons he learned in this tough environment have stayed with him from his early days on the beat right through to showing notorious criminals like Jamie 'The Iceman' Stevenson - Scotland's most wanted man - that crime really doesn't pay.

This is the remarkable and compelling story of one man's determination to succeed and his life fighting crime. 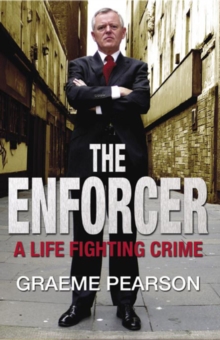