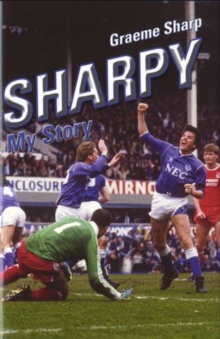 Graeme Sharp is quite simply an Everton legend. Second only to the immortal Dixie Dean as the club's top goalscorer, he netted 159 goals in over 400 appearances for the Toffees. Sharp became a Goodison Park hero during the halcyon days of the '80s, when Everton won two League Championships, the FA Cup, the European Cup-Winners' Cup and came within an ace of a historic treble in 1984-85.

Partnered first by his boyhood idol Andy Gray and then by England hero Gary Lineker, Sharp established a reputation as one of the finest strikers in the world and notched up 12 caps for his national side, Scotland. Although his eventual departure from Everton left a sour taste in his mouth, he continued to score goals for Oldham Athletic before becoming manager of the Lancashire outfit.

But off-the-field frustrations blighted his tenure in the hot seat, and a spell as a manager in non-league football brought the curtain down on a magnificent career that ended with triumph for Bangor City in the Welsh Cup. In Sharpy: My Story, the former Everton star reveals all: the highs, the lows, the big names, the victories, the disappointments, the heartache, the lot! 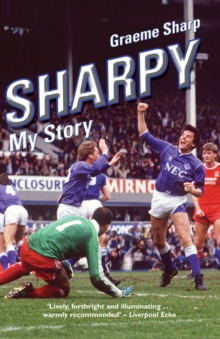