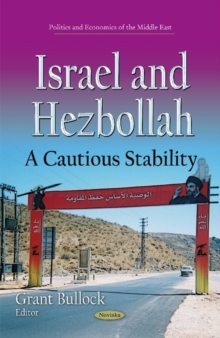 The 2006 war between Israel and Hezbollah has generated a vast amount of academic and military studies, including a number from the Strategic Studies Institute.

Specifically, authors have tried to identify the new patterns of warfare through this conflict and sometimes have even called it the first illustration of "hybrid war".

This book discusses the conflict between Israel and Hezbollah, and provides background on Lebanon.