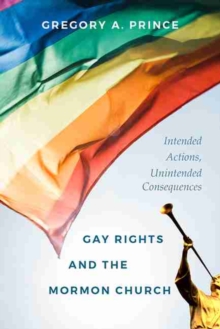 by Gregory A. Prince

The Mormon Church entered the public square on LGBT issues by joining forces with traditional-marriage proponents in Hawaii in 1993.

Since then, the church has been a significant player in the ongoing saga of LGBT rights within the United States and at times has carried decisive political clout. Gregory Prince draws from over 50,000 pages of public records, private documents, and interview transcripts to capture the past half-century of the Mormon Church's attitudes on homosexuality.

Initially that principally involved only its own members, but with its entry into the Hawaiian political arena, the church signaled an intent to shape the outcome of the marriage equality battle.

That involvement reached a peak in 2008 during California's fight over Proposition 8, which many came to call the "Mormon Proposition." In 2015, when the Supreme Court made marriage equality the law of the land, the Mormon Church turned its attention inward, declaring same-sex couples "apostates" and denying their children access to key Mormon rites of passage, including the blessing (christening) of infants and the baptism of children.

Also by Gregory A. Prince 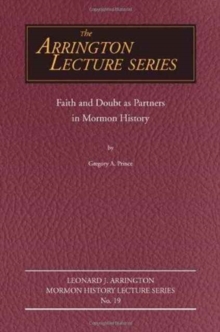 Faith and Doubt as Partners in Mormon... 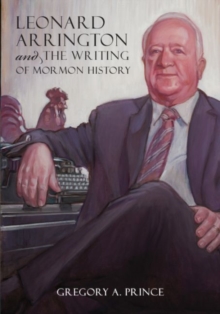 Leonard Arrington and the Writing of...