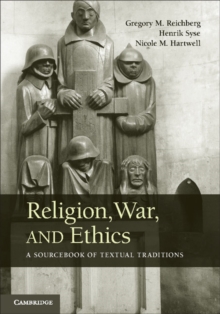 Religion, War, and Ethics is a collection of primary sources from the world's major religions on the ethics of war.

Each chapter brings together annotated texts - scriptural, theological, ethical, and legal - from a variety of historical periods that reflect each tradition's response to perennial questions about the nature of war: when, if ever, is recourse to arms morally justifiable?

What moral constraints should apply to military conduct?

Can a lasting earthly peace be achieved? Are there sacred reasons for waging war, and special rewards for those who do the fighting?

Each section is compiled by a specialist, recognized within his or her respective religious tradition, who has also written a commentary on the historical and textual context of the passages selected.