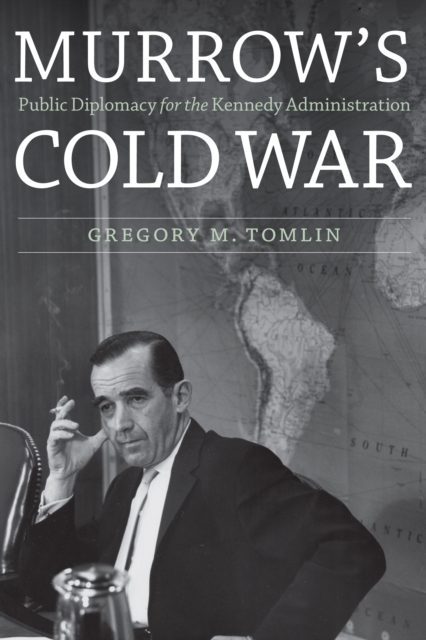 Murrow, ended a quarter-century career with the Columbia Broadcasting System to join the administration of John F.

Kennedy as director of the United States Information Agency (USIA).

Charged with promoting a positive image abroad, the agency sponsored overseas research programs, produced documentaries, and operated the Voice of America to spread the country's influence throughout the world.

As director of the USIA, Murrow hired African Americans for top spots in the agency and leveraged his celebrity status at home to challenge all Americans to correct the scourge of domestic racism that discouraged developing countries, viewed as strategic assets, from aligning with the West. Using both overt and covert propaganda programs, Murrow forged a positive public image for Kennedy administration policies in an unsettled era that included, the rise of the Berlin Wall, the Cuban Missile Crisis, and support for Vietnam's Ngo Dinh Diem.

Murrow's Cold War tackles an understudied portion of Murrow's life, reveals how one of America's most revered journalists improved the global perception of the United States, and exposes the importance of public diplomacy in the advancement of U.S. foreign policy.