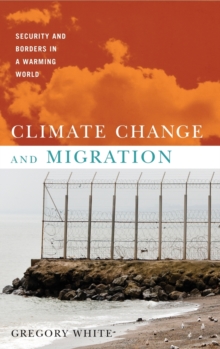 Climate Change and Migration : Security and Borders in a Warming World Hardback

In the modern era, two types of international migration have consumed our attention: politically induced migration to flee war, genocide, and instability, and migration for economic reasons. Recently, though, another force has generated a new wave of refugees-global warming. Climate change has altered terrains and economies throughout the tropical regions of the world, from sub-Saharan Africa to Central America to South and Southeast Asia. In Climate Changeand Migration: Security and Borders in a Warming World, Greg White provides a rich account of the phenomenon. Focusing on climate-induced migration from Africa to Europe, White shows how global warming's impact on international relations has been significant, enhancing the security regimes in not only theadvanced economies of the North Atlantic, but in the states that serve as transit points between the most advanced and most desperate nations.

Furthermore, he demonstrates that climate change has altered the way the nations involved view their own sovereignty, as tightening or defining borders in both Europe and North Africa leads to an increase of the state's reaches over society.

White closes by arguing that a serious and comprehensive program to reduce the greenhouse gas emissions that causeclimate change is the only long-term solution.

With an in-depth coverage of both environmental and border policy from a global perspective, Climate Change and Migration provides a provocative and much-needed link between two of the most pressing issues in contemporary internationalpolitics. 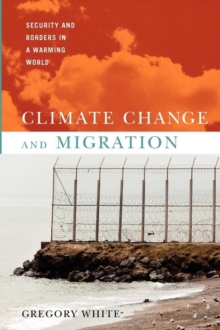 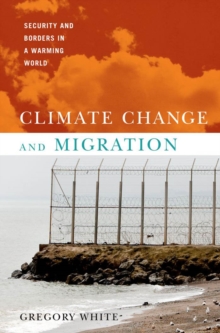