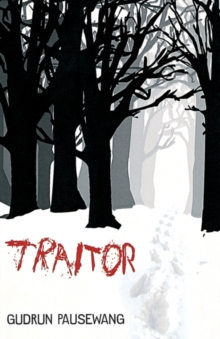 It's 1944 and Anna's in the Sudetenland, her elder brother is at the front and her younger one is a fanatical member of the Nazi Youth.

When she finds an escaped Russian soldier hiding in their barn, nearly dead, humanity conquers fear and she hides him in a disused bunker and continues to feed him despite knowing that if caught she'd be executed as a traitor.

She doesn't dare tell even her mother. As the front approaches their village from the east it seems the Russian prisoner will soon be re-united with his comrades - but will Anna's already suspicious brother uncover her guilty secret first and expose her to a traitor's fate, and her family to destruction?

An incredibly realistic and moving account of how one girl refuses to accept Nazi ideology and has the courage of her own conviction.

A riveting insight into how the war affected the Sudetenland and its German and Czech population.