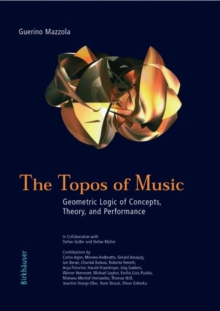 The Topos of Music : Geometric Logic of Concepts, Theory, and Performance Hardback

by Guerino B. Mazzola

Immanuel Kant [258, p. B 324] This book's title subject, The Topos of Music, has been chosen to communicate a double message: First, the Greek word "topos" (r01rex; = location, site) alludes to the logical and transcendental location of the concept of music in the sense of Aristotle's [20, 592] and Kant's [258, p.

B 324] topic. This view deals with the question of where music is situated as a concept- and hence with the underlying ontological problem: What is the type of being and existence of music?

The second message is a more technical understanding insofar as the system of musical signs can be associated with the mathematical theory of topoi, which realizes a powerful synthesis of geometric and logical theories.

It laid the foundation of a thorough geometrization of logic and has been successful in central issues of algebraic geometry (Grothendieck, Deligne), independence proofs and intuitionistic logic (Cohen, Lawvere, Kripke). But this second message is intimately entwined with the first since the present concept framework of the musical sign system is technically based on topos theory, so the topos of music receives its top os-theoretic foundation.

In this perspective, the double message of the book's title in fact condenses to a unified intention: to unite philosophical insight with mathematical explicitness.

Also by Guerino B. Mazzola 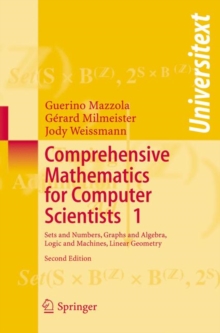