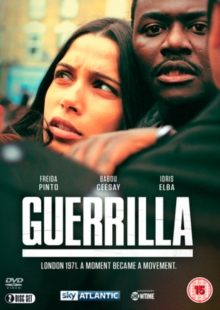 The show follows the relationship of activists unemployed black English teacher Marcus Hill (Babou Ceesay) and nurse Jas Mitra (Pinto), a London couple whose togetherness and beliefs are tested after they free a political prisoner from Wormwood Scrubs and become increasingly radicalised as they fight back against police brutality and injustice.